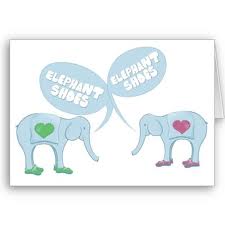 All speech sounds can by classified by three parameters (see chart below):  Place, manner, and voicing.  Place of articulation refers to where the sound is made.  For example, the sounds /p/, /b/, and /m/ are all referred to as bilabials since they are produced using both lips.  The sounds /f/ and /v/ are referred to as labiodentals since the lower lip is placed between the teeth.  There are a whole bunch of sounds that are produced at the alveolar ridge, which is the little shelf jest behind your two front teeth.  With these sounds, the tongue is placed on this ridge.   The remaining sounds are produced further back in the mouth and are pretty much invisible to the eye.  These include sounds such as /sh/, /ch/, /g/,  /k/, and /h/.

The other two parameters are manner and voicing.  Manner refers to the type of sound produced.  For example, fricatives sound like air rushing or hissing.  Stops or plosives sound like a burst of sound.  It is very hard to see the manner of a consonant.

Now lets look again at the sounds /p/, /b/, and /m/.  All three of these sounds will look pretty much the same via lipreading.  However they certainly sound different and more importantly, they change the meaning of the word.  If I say “pat”, “bat”, and “mat”, one cannot see the difference between these words.

So the reason that communicating exclusively via lipreading is difficult is due to two main reasons.  First, many sounds are produced at the back of the mouth and are completely invisible.  Examples include /h/, /g/, /k/, /ng/.  Second, many sounds look exactly the same because they are produced at the same place in the mouth.  The  consonants /p/, /b/, /m/ are a good example of that.

While I consider myself a pretty good lipreader, I have made some amusing errors over the years.  Here are some examples of embarrassing mistakes I have made. First sentence is what was actually said, and the second is what I thought was said.  It may also reveal the workings of my twisted mind.

What Was Actually Said:  My teacher is so cool, she plays the guitar.

What I Thought:  My teacher is so cool, she pees in a jar.

What Was Actually Said:  I am going to design you a tattoo.

What I Thought:  I am dying to touch you.

What Was Actually Said:  There is some nice grass over there for your dog.

What I Thought:  There is some nice ass over there…

So here is my advice when it comes to lipreading:

4 thoughts on “Elephant Shoes or I Love You…The Good and Bad of Lipreading.”